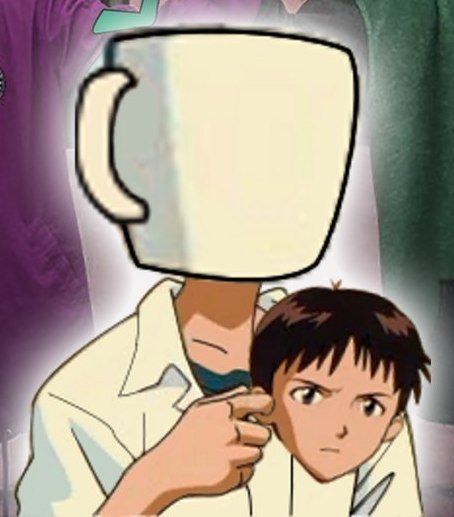 It is finally here. The official info on G5 and synopsis of upcoming movie:

In the new movie, the pony world of Equestria has lost its magic. Friendship and Harmony have been replaced by paranoia and mistrust, and Ponies now live separated by species. Sunny — a feisty and idealistic young Earth Pony — is convinced there’s still hope for this divided world, but her slightly misguided and often hilarious efforts to change hearts and minds have led to her being branded a misfit. When Sunny befriends a lost Unicorn named Izzy, who wanders innocently into the Earth Pony town of Maretime Bay, the town has had enough. Izzy and Sunny must embark on an epic adventure that will include a daring jewel heist, outrageous conspiracy theories, elaborate musical numbers, and the world’s cutest flying Pomeranian. Their adventures will take them to faraway lands and force them to challenge the status quo by facing their fears and making new friends out of old enemies. The world Sunny has dreamed of her entire life could finally become a reality as Sunny and her newfound friends fight to prove that even little ponies can make a big difference.

My thoughts on all of that:

1st of all, it looks descent. Not really great, and some design choices (like wide snoot) are weird, but okay overall. At least for still. Who knows how well in transits in motion thou.

2nd and where the problems start is the plot. It feels off and gives off really strong smell of currentyear and forced politics in general. Also the magicless Equestria where the ponies live separated is one giant plot hole due to the fact that Equestria without unity was freezing over due to Windigoes. Also this all really REALLY sounds similar to Sequel Trilogy. "We won, there is "Happily Ever After" for us, but now in the future everything gone to shit yet again". Also "Okay, we need to write something… Damn, this universe feels complete! What to do? Oh, I know, let's just repeat plot but with new characters! Genius!". I'm scared to think that there can be a scene where somehow Sunny meets Twilight, and she behaves like Luke from TLJ. Also in this society having merch of the beacons of friendship and unity (all of the M6 merch in Sunny's room and even on her) seems quite off. I understand that she sees them as heroes, but why thy are here in the first place? Who made them? It feels like everyone hates the idea of unity yet someone made them.
Also from what I've heard, there will be animal sidekick, which can lead to yet another annoying "cute" character, which was made solely for merch purpose.

I sincerely hope that I'm wrong and everything will be good. But when the first info about plot surfaced, it planted seed of doubt in me. Now it's growing stronger.
Posted 1 years ago Report
Edited 1 years ago
Link Quote Reply
Anonymous #7F31
dang
wasnt expecting this
i dont even know how i feel yet…

I still expect awful writing, and nothing in the synopsis reassures.
But maybe that doesn't even matter…
Posted 1 years ago Report
Link Quote Reply

Amateur-er Autist
@Infinite Winter
Yeah, the designs are meh at best, but the plot has me wholly disinterested, even if it wasn't shitting in FiM's tomb.

Time skip modern "Equestria" that will likely deal with thin allegories for current events and unironic political commentary? "Activist pony"? No thanks, I'll just finally figure out which FiM rip is the best.
Posted 1 years ago Report
Link Quote Reply

Ecto-Phase,Activate!
I'd like if they went back to slice of life stories.
The more Adventure-y shows aren't my favorites.
Posted 1 years ago Report
Link Quote Reply

OpalineDidNothingWrong
@Infinite Winter
I would have preferred references to FIM to be about as common as FIM referring to G1.
But FIM was far too successful for any business to just ignore.

I also want to place at least some of blame on the staff from later FIM.
They maliciously destroyed any possibility for adventure in that setting.
Posted 1 years ago Report
Link Quote Reply
Anonymous #45D8
I find the both the 2d designs that were leaked and this latest image troubling to look at. I can't quite put my finger on it, but there's something I find creepy about it all, and it's not just that the 3d model looks like it's made of rubber…oh Lord, I just realized they might have done that on purpose to make the ponies look like the toys come to life… somehow that makes it worse. I just don’t want sjw morals shoved down my throat. Let it be it’s own thing.

@Humble Oriathan
And that's what I was fucking afraid of. The resemblance of Filly Funtasia is so uncanny that it is not funny anymore.
I'll give it a try though.
Posted 1 years ago Report
Link Quote Reply

Amateur-er Autist
@Humble Oriathan
I'm only leaving it unfiltered for the G4-style fanart, they at least look cute in that. Definitely filtering screencaps though.
Posted 1 years ago Report
Link Quote Reply

OpalineDidNothingWrong
@Dex Stewart
This one is too, though.


I totally don't have a thing for unshorn fetlocks. Honest.

Gettin' some real uncanny valley from the front perspective, especially the colt/stallion.

Ecto-Phase,Activate!
@Acres
As long as they don't do that thing Illumination does. Have a character's mouth hang open when they're done talking. It bugs me so much for some reason.
Posted 1 years ago Report
Link Quote Reply

Amateur-er Autist
@Dex Stewart
It could be like Speed Racer and pause time itself whenever a character speaks.
Posted 1 years ago Report
Link Quote Reply