Ecto-Phase,Activate!
Why are people still acting like Netflix Cowboy Bebop was some kind of misunderstood masterpiece?

I just watched the first episode of Mewkledreamy. The premise reminds me strongly of Death Note, with the dropped book and appended magical familiar, but in this one the finder gains the powers of Freddy Krueger.

Ghibelline Omnipotens
Anyone know where to watch Rebuild of Evangelion with the older dub? The new dub is godawful, but this is the only source I found for the one I'm looking for, and it has a shitty watermark on screen through the whole thing.
Posted 10 months ago Report
Link Quote Reply

Ghibelline Omnipotens
I'm still holding out hope for a fourth season of Ninja Girl and Samurai Master. It's based on a 4koma that follows a ninja that serves Oda Nobunaga from his early days. Season 3 ended before the battle of Anegawa. That's less than halfway through his time in power.
Posted 8 months ago Report
Link Quote Reply

Ecto-Phase,Activate!
@Cyborg_pony
That show was so forgettable I forgot it existed.
Posted 5 months ago Report
Link Quote Reply

Ghibelline Omnipotens
I started watching Onimai after a recommendation. I dropped it, though. The translation has just been so toothless and bland compared to the manga. I just learned that the shit localization was intentional on the part of the translator.
Posted 8 days ago Report
Link Quote Reply 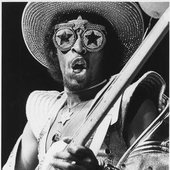 By hooker, by crook!
Anyone watching/refusing to watch/care one way or another about Trigun Stampede?
Posted 8 days ago Report
Link Quote Reply

Ghibelline Omnipotens
@lasty
I've only seen the first episode. I'm watching the dub to compare with the old one. It doesn't appear to be based on either the first series or the manga. Don't read if you care about spoilers.


The first scene is the ship they were on exploding, so there's no mystery to be had regarding the nature of the world they inhabit. Everyone appears to be written much broader than before. Meryl is an overconfident, smug young rookie reporter who bristles at almost everything her much more experienced, and correct, partner Roberto de Niro tells her. Meryl is an ignorant, fish-out-of-water character who teaches the audience about the world by learning about it in real time. By the end, she's been humbled and seems less cocksure. There's no sign of Milly so far.

Vash also reads as younger, dumber, and greener than in the old anime. And he's only worth $$6m this time around, for some reason. He allows himself to get his ass kicked by some rando soldiers, and nearly dies from forgetting that he had no bullets on him. The captain of the soldiers owned him several times in the episode's climax, and Vash only lived because he chose to fuck with him repeatedly instead of just shooting him. The captain also went insane for no reason and tried to kill himself, his men, and the town with a cluster bomb, which Vash destroys with the one round he was able to get his hands on.

Knives is a cackling cartoon villain as a child. As an adult, our only view of him so far is a hooded figure playing an organ like the Phantom of the Opera, while talking to himself like a crazy person.

I don't usually like the psuedo-2D 3D art style. It makes things slower and choppier in motion, and this is no exception, though this one is nicer looking than a lot of these tend to be. This being Trigun, I know that things are meant to go serious later, so we'll see what happens when Wolfwood shows up. Maybe serious face Vash will be better than his put-on comic persona has been. I'm already certain that Knives won't change the tone for the darker. He's just an over-the-top edgelord so far.

I'm not as down on the show as it may sound, but episode 1 of the 1998 anime is certainly better. I'm hoping this was just a clumsy intro because it rushed to get its characters established. There's definitely potential to be had.