Ecto-Phase,Activate!
I'm sick of hearing Trump go on about the election being rigged,when his own shady election was under scrutiny. Also wasn't he the chicken little going off about Obama not being American?
Of course,as long as the Electoral College system is in place,you could argue every presidential election has been rigged.
Posted 2 years ago Report
Link Quote Reply

20% of mail-in votes in Patterson NJ had to be thrown out because no one has figured out how to do massive mail-in voting correctly.

Dems furiously quitting the party as Dem leaders refused to condemn 3 fucking months of riots until they saw their internal polls showing Trump gain a massive boost, including 25% approval with black voters — a percentage so large that would guarantee him a 45 state landslide.

Dems predict landslide victory for Trump and are wargaming having California, Oregon, and Washington secede from the union and start a 2nd Civil War

Ecto-Phase,Activate!
@UrbanMysticDee
This is why I don't side with the parties.
Posted 2 years ago Report
Link Quote Reply

Bae > Bay
@Dex Stewart
Neither do I, but anyone claiming that Democrat voter fraud doesn't exist is either lying or ignorant or both.

I absolutely despise the fact that I have to keep defending Republicans, but I'd take incompetent Republicans over evil Democrats every day. Apparently former Bernie Bro Tim Pool agrees.

The Electoral College is also the exact opposite of rigging. Without it only votes from New York, Los Angeles, Chicago, Dallas-Fort Worth, Huston, Phoenix, and Philadelphia would count because they have 51% of the population. Every other town, city, and state could go to hell. The popular vote is the ultimate form of election rigging because it disenfranchises the people in 99% of the country.
Posted 2 years ago Report
Link Quote Reply

Ecto-Phase,Activate!
@UrbanMysticDee
I guess that makes sense,but it still feels to me it reinforces a two party system. If I was to truly vote for who I want,my vote is meaningless.
Posted 2 years ago Report
Link Quote Reply

Bae > Bay
Here's something I wrote last year at work while pretending to work:

We hear a lot about the "political spectrum" and different groups like the alt-right, Antifa, and good old fashioned conservatives and liberals, but what does all that really mean, really? Using a decade and a half of first-hand experience in "the biz" I break it all down for you in the most urban way possible.

Mainstream Republicans want to bend over before leftists and accept the throbbing cock of defeat in order to look like nice people. Love me, Daddy.

Conservatives want you to die in the gutter for not pulling yourself up by your own bootstraps while they smoke cigars on a golf course and drive around in gas guzzling cars to show off how much money they can waste.

Liberals want you to live in the gutter in a deluxe cardboard box with free heroin and designated shitting streets while they party on Epstein's rape island.

LOLbertarians want the same thing as liberals but with legal weed and naked fat guy dancers.

AnCaps (sometimes called "libertarians") want you to die, but not in the gutter because that's private property. Fuck you.

AnComs (sometimes called "Antifa") want to throw piss bottles at you and LARP at being revolutionaries but will scatter to the winds if you fight back.

White (German) Supremeists (sometimes called "black pill") don't care what you do, but they want all white people to move to Montana and secede from the United States to make white people even more powerless and irrelevant because they're fucking retarded. They worship Adolf Hitler, who murdered more white people than anyone else in history. They also what to replace Christianity with either German paganism or state atheism.

Black Supremeists want to turn America into Detroit and make white people pay reparations and become slaves because "We wuz kangz and shiet!"

"Democratic" Socialists want free shit provided for by printing money because they're all trust fund babies who don't know how economics works.They also think the Nordic countries are socialist because they can't tell the difference between socialism and hyper-capitalism coupled with a welfare state.

Progressives have NO endgame. They constantly move the goalposts because they need a reason to be offended all the time.
Posted 2 years ago Report
Link Quote Reply

They worship Adolf Hitler, who murdered more white people than anyone else in history.

Mistakes were made.
Posted 2 years ago Report
Link Quote Reply

Ecto-Phase,Activate!
@UrbanMysticDee
If you pronounce it wrong the aliens rape you?
Posted 2 years ago Report
Link Quote Reply

Ecto-Phase,Activate!
@UrbanMysticDee
What're your thoughts on the recent "loser" situation? I'm leaning towards it being false. Trump has said far worse out in the open.
I don't like or support him,and especially this late into his presidency whether or not he's said one more thing I don't like isn't going to change my opinion. 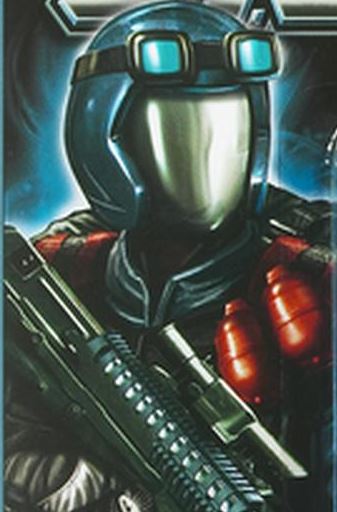 3-3/4" Army Man Fan
@Dex Stewart
Biggest argument against it being true — besides it only coming from "anonymous sources" and that the DNC just happened to have a well produced anti-Trump ad focusing on it airing exactly one day after the Atlantic was published — is the fact that John Bolton, who mind you is no friend of Trump, was present the day that these remarks were allegedly made. And he says that if Trump had actually said this, he would have devoted a whole chapter to it in his book that he recently published.
Posted 2 years ago Report
Link Quote Reply

Bae > Bay
@Dex Stewart
There's so much shit coming from the Democrats these past four years that an entire parallel universe had to be created just to fit it all.

100% of everything from anonymous sources is absolute, pure, and unadulterated bullshit. I don't even need to investigate. Have the sources come forward publicly with video/audio proof like Project Veritas or it is automatically bullshit.

The Steele dossier was bullshit, Eric Ciaramella (the fake "whistle blower") is a Biden staffer and the only person whose name itself is scrubbed off all big tech sites (along with any questions AT ALL about Sandy Hook, but that's a different issue), Project Lincoln is founded by a registered foreign agent of the Russian nuclear agency Rosatom and a Confederate sympathizer, and the Democrats have been screeching autistically that Trump refuses to accept the results of the election when that's all they've done for four fucking years.

I'm a big time environmentalist (although global warming is bullshit), advocate of private sector (NOT public sector) labor unions and protectionism to raise the standard of living of the working class, I support UBI (paid for by nationalizing the energy sector), public works projects, the space program, legalizing ALL drugs, and prostitution, I oppose most wars, and I oppose all censorship, and I believe that the big tech monopolies and major banks need to be broken up as they violate anti-trust laws, and somehow I'm far right and a Nazi? Aren't these all left-wing positions? They were until Trump became president.

The Democrat Party has gone so far to the fucking left that Donald Trump giving speeches that are almost identical to speeches given by Bill Clinton in the 1990s that received standing ovations from both parties is not "racist" (although he wasn't racist until he ran for president in 2016 and even was friends with and won awards from Jesse Jackson and others), "Islamophobic" (GOOD!), "homophobic" (You can't be both Islamophobic and homophobic at the same time, and many prominent gay individuals, and I agree, unequivocally state that Donald Trump is the most pro-gay president in US history, by a lot), and a bunch of other bullshit. Trump's positions on pretty much everything except abortion have remained unchanged in 40 years, read his books, watch interviews. Trump was center-left in the 90s. His positions have not changed, what has changed is that the left doesn't care about the working class or the environment or infrastructure anymore, they care about kowtowing to Communist China, radical Islam, anti-white racists, and pedophiles.


@Zerowinger
That's the one and only good thing Bolton has ever done in his entire life. I'm genuinely shocked, and this is 2020 when I thought nothing would surprise me anymore.
Posted 2 years ago Report
Link Quote Reply

Ecto-Phase,Activate!
@GarbageHorse
Is that his new nickname for his mustache?
Posted 2 years ago Report
Link Quote Reply

3-3/4" Army Man Fan
"Peaceful Protests" in Portland this evening featured the peaceful throwing of molotov cocktails. Things…didn't quite work out too well, though.

Ecto-Phase,Activate!
@UrbanMysticDee
Keep that shit in the bathroom. Or bedroom if you're into that sorta thing.
Posted 2 years ago Report
Link Quote Reply