I'd watch this quick because Integral likes to put videos up for a week or so and then bury them behind a paywall.

I'd also really like to buy a copy of the movie, but they only have streaming options and I can stream 360p at best, so that's out of the question.

Why is it that I want to give all these companies my money but they don't want to take it? They don't offer me any viable options? Maybe Pirate Bay will have a copy.

Bae > Bay
Annotating the New Testament and the more important books of the Old Testament (mostly Genesis through Joshua plus a few others) to add as an appendix to the Green Book, for when I get around to writing (or finishing, I've gotten 40,000 words written so far) the big religion book so I have all these notes on hand.

I just finished chapter 2 of Genesis. One page is almost entirely footnotes. There are 21 cross references, 4 linguistic explanations, 3 geographic explanations, 1 reference to the interaction of electrons and their relation to biology, and 4 bits of mysticism.

I'm noticing that just the text, not even the references and commentary, on the first half of Genesis is already 70 pages. Let's plug this into Excel.

Take into account all the books that are being left out.

Well, how much of the OT can I cut out? What if I just limit it to the first 5 books + the NT?

This isn't an appendix, it's almost 3 reams of paper. It's 11 pounds of book.

This is why they print it microscopic on tissue paper.

HEY YOU GUUUUUUYS!!!
@Dex Stewart
And yet your grandmother would still complain that the text is too small and they should make a bigger one.
Posted 2 months ago Report
Link Quote Reply

Bae > Bay
From an endnote in the new book:

Just as a side note, according to the book of Jubilees, the Tower of Babel was 5,433 cubits in height. Given that a Hebrew cubit was 21 modern inches that means the Tower of Babel was 1.8 miles tall. Experiments with mudbrick reveal the maximum height one can build a tower before the bricks are destroyed by the weight of the tower is about 2 miles. Maybe it’s a coincidence, but maybe there really was a man-made mountain in southern Mesopotamia 3500 years ago. 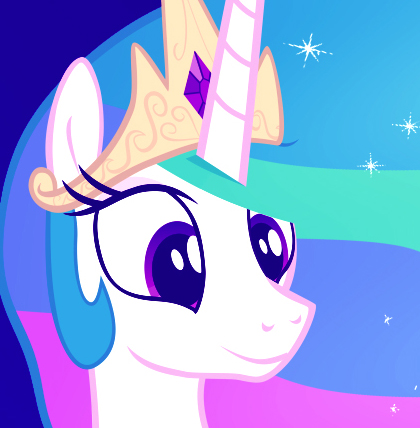 HEY YOU GUUUUUUYS!!!
@Anonymous #29BC
I was wondering the same. Then I remembered it was the Vatican.
Posted 1 months ago Report
Link Quote Reply

Jesse Duplantis and Kenneth Copeland are "preachers" of the "prosperity gospel", which is pretty much the opposite of what Jesus taught. Remember what Jesus actually said:

* "These things I have told you, that in me you might have peace. In the world you will have to suffer, but cheer up, I have overcome the world."
(John 16:33)

* "Sell all that you have and distribute it to the poor, and you will have treasure in heaven. Then come and follow me." Hearing this the rich young man was deeply troubled and he left. Jesus saw this and said "How hard is it for the rich to enter the kingdom of God! It is easier for a camel to go through the eye of a needle than for a rich man to enter into the kingdom of God."
Luke 18:22-25)

The prosperity gospel states that if you pray a whole lot or something then God will give you money and Rolexs and $54 million jets. Mysteriously it only seems to work for the preachers, not the people who attend their seminars, which look more like pep talks than church.

In 2018, Jesse Duplantis, the serpent, who has already been granted three jets by his gullible audience, "believes" for a brand new jet. He "burned them up for the Lord Jesus Christ", whatever that means. It's clear it doesn't mean the planes have ceased functioning, because he's still flying around in all three. Well now he needs a new one. And not just any jet, a $54 Dassault Falcon 7X, which Jesus specifically told him to get by name. This jet can go anywhere in the world without needing to refuel, because fuel is so expensive (more expensive than a new jet), especially when you own a "fuel farm", which I guess works like a dairy farm only with milking dinosaurs to get oil instead of cows.

From the Google cache of the Washington Times:

Televangelists Kenneth Copeland and Jesse Duplantis defended their use of private jets as a luxury means of travel, arguing that commercial planes are full of “a bunch of demons” that will bog down their busy schedules with prayer requests.

In a Dec. 29 segment of Mr. Copeland’s “Believer’s Voice of Victory” television program, Mr. Duplantis recalled a story where he was on a plane and had to unbuckle his seat belt to speak to God, The Blaze reported.

“You couldn’t have done that over an airline,” added Mr. Copeland. “Stand up and say, ‘What did you say, Lord?’”

"You can't get there from here!" This is the era of fucking Youtube. Astronauts can livestream from space, you don't need a jet to reach an audience physically. I think Jesus would appreciate that, the ability to reach people all over the world instantly.

Kenneth Copeland even says "We're in show business." That's why they need private jets. They're not in the business of saving souls, they're in "show business," which is worse than hooking when it comes to degeneracy.

As if that's not bad enough these Sadducees need to get up in airplanes and stand up and wave their arms to talk to God. God lives way up on the Moon and he can't hear you if you're stuck on the ground. You need to get up in a private jet, in a $50,000 suit with a $20,000 watch, and shout really loud because God is really old so he's hard of hearing.

To top it off they say that airplanes are "tubes filled with demons." Well, if you really are a man of God then exorcise the demons. That's one of the powers the Holy Spirit should have given you if you are legit. No, commercial airlines are not filled with demons, they're filled with regular people who watch your show and pay for your extravagant lifestyle.

No, those airplanes are not filled with demons, these fake preachers are. These are serpents from Hell taking advantage of the poor, the sick, and the despondent. And if there is a God and a Hell these two will burn in the lake of fire.
Posted about a month ago Report
Link Quote Reply

Bae > Bay
I remember watching this video about Christmas carols. It was by a crazy man who hallucinates Jews hiding around every corner. Literally every video he makes is him hallucinating hidden Jewish conspiracies in literally everything. He can literally anything and imagine it to be a part of some grand Jewish scheme to… become the most hated people in the world? Constantly have the UN call for sanctions on Israel? Get kicked out of half the world's countries? Exist as an extremely small, highly insular minority group with a high degree of inbreeding in a socialist country with a thriving gay scene that has been at war constantly for the past 80 years and is living off of welfare from wealthy post-industrial nations? I'm not seeing the endgame here.

O Come, All Ye Faithful, the author is unknown but the earliest copy is by John Francis Wade, another Englishman

Away in a Manger, written by William J. Kirkpatrick, an American of Irish descent, also second most popular carol in the US and UK in a 1996 Gallup poll

O Tannenbaum (O Christmas Tree), written by Ernst Anschütz, a German songwriter, and also the only song that didn't start out as a Christmas song but was a German pagan song celebrating the fir tree's evergreen quality

And you can't say that I know all these Christian songs because I'm a diehard Christian, I know these songs from my childhood growing up in an irreligious household. I became a Christian in my mid-20s. I have to believe that the crazy man is lying and cherry-picking songs to fit his narrative. He honestly wants us to believe that growing up, not today but when he was a kid at least 25 years ago, that he didn't hear anyone sing any Christmas carols that weren't written by Jews? He's lying.
Posted about a month ago Report
Edited about a month ago
Link Quote Reply

Bae > Bay
This is part of a footnote to one of the endnotes for chapter 4. This is only to clarify, or justify the phrase "soul within Tibetan Buddhism").

And I hate to bring race into this, because several times throughout the book I say fixation on race is bullshit, but without exception every single person who has ever told me that "Buddhism is a philosophy, not a religion" has been a white Western atheist, and they are disagreeing with Asian Buddhists who were born into the faith and have practiced it all their lives.

Western scholars, or lay enthusiasts of Buddhism, tend to be atheist materialists who have taken that path out of rejection of Christianity (I was the opposite, starting out as an atheist, who went through Buddhism to get to Christianity), so they have a very materialistic view of Buddhism, which is totally incorrect. I’ve had white Western art students, who were man-hating lesbians and “male feminists”, who eventually got jobs at like Costco or wherever (I think only one of them actually got a job in the art field, so you can imagine they were pretty bitter dropping $40,000 on a useless degree) and they were all atheists by the way, and very anti-religious, and they nonetheless told me, who actually was a student of a Japanese Zen Roshi for several years, that “Buddhism is not a religion, it’s a philosophy.”

That’s bullshit on its face. I don’t know of any other philosophy where people wear silly costumes, pray to deities, make offerings, burn incense, and are recognized tax-exempt ministries.

Melford E. Spiro did a study of Burmese Buddhism and found that most Buddhists were concerned with literal magic (warding off evil spirits, securing a good harvest, getting a good spouse for their child, etc.), or with being a good enough person to get a better rebirth (or to secure ethnic purity of the nation, because there is conflict there between Buddhist and Muslim tribes). Only a tiny minority of practicing Buddhists are concerned with the latter stages in Gautama Buddha’s Noble Eight-fold Path and meditation and all that good stuff.

Getting back to the topic, there is a soul within Buddhism. What Gautama Buddha described as anatta (often translated as “non-self”) does not mean that there is nothing that can be used to describe a soul, it just means that there is nothing substantive and unchanging. This is good because if an unchanging soul existed and it was stuck in Samsara then there would be no way for it to get out! The fact that the soul can, and does, change, is how the process of working through karma (which the West has a very incorrect view of, but that’s a different book altogether), and accumulating wisdom and virtue so as to achieve enlightenment happens.