Ramius is best wife
@Count Adramélekh Sear
Is this a statement about religion?
Posted 9 days ago Report
Link Quote Reply
Anonymous #6A1E
WELCOME TO the 3DO! WE WILL CHANGE THE WAY PEOPLE PURCHASE VIDEO GAMES! CREATED BY TRIP HAWKINS FOUNDER OF EA ITS HARDWARE CAN BE LICENSED TO ANY COMPANY WILLING TO JOIN THE VENTURE! GAME DEVS ONLY NEED TO PAY $3.00 TO MAKE OFFICIALLY LICENSED SOFTWARE! ALREADY, PANASONIC AND GOLDSTAR HAVE SIGNED ON! A WHOLE NEW BUSINESS MODEL FOR HARDWARE! QUAD-BASED RENDERING! IT CAN PLAY MUSIC CDS! IT WILL CHANGE THE FUTURE! STARTING AT $700.00!

Ecto-Phase,Activate!
@Anonymous #6A1E
I was just at my comic book/video game store,they have a 3DO for 500.00.
Posted 9 days ago Report
Link Quote Reply

Weas, weas everywhere.
@Anonymous #6A1E
I don't know, it was only collecting dust there like forever. The owner wanted 200,000 pesos for it, which was roughly 280 dollars and with that money you could buy a much better and newer game console.
Posted 9 days ago Report
Link Quote Reply
Anonymous #1DFF
How can you have a random nonsense thread without Pinka Pu?

Ramius is best wife
@UrbanMysticDee
No matter how long I sit here or how many time I refresh, whatever you posted will not load.
Posted 8 days ago Report
Link Quote Reply

Everything is working for me.

Ramius is best wife
@Dex Stewart
The best part is that it loaded up fine now. But thanks.
Posted 8 days ago Report
Link Quote Reply 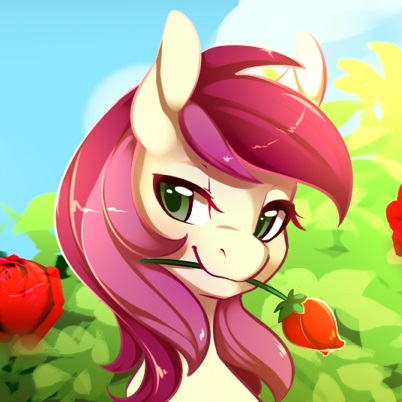 Amateur-er Autist
@Acres
I've done that to a few of the more disgusting computers I've looked at. A little bit of running water does wonders.
Posted 8 days ago Report
Link Quote Reply

Wally Worshiper
@Acres
There's technically nothing wrong with doing that, but you have to wait for the PC to be completely dry afterwards. Like, COMPLETELY, as in, one droplet of water will be enough to fry the tiny components of the motherboard of you turn it on.
Posted 8 days ago Report
Link Quote Reply

Moderator
Where's lyra
@UrbanMysticDee
No, a lock that is opened by any key is a shitty lock.
Posted 8 days ago Report
Link Quote Reply

I had an IT helldesk job years ago for a managed service provider where one of the more amusing overnight calls involved a server room where the Magic Smoke had gotten out of all the mysterious boxes on the racks, resulting in an instantaneous total and complete cessation of function for basically everything in a very large office building that had been designed after around 1989. Desktop workstations, phones, security cameras, intercoms, everything. It was a yuge mystery and no one would admit to knowing anything about anything until our techs got there and found the ankle-deep water in the MDF. It turned out that some Bright Boy in management had made some pointed remarks to one of the janitorial staff, pertaining to spiderwebs and dust in the server room. Said janitor decided that the best way to make the walls and floor sparkle and make the boss man happy was to use the pressure washer that was normally used to clean the sidewalks. I will not speculate about his IQ, nor whether he could read or write. I will not speculate about Bright Boy's IQ either, given that he's the one who gave the orders and you'd think a human being, as opposed to a turnip, might have suspected that all the mystery boxes with the blinkenlights might be important and might have had some idea what to expect.

Pumping out all the water, replacing all the hardware, even the patch panels, installing new conduit, pulling replacement cable, and restoring from backups took several days and cost six figures. That does not include lost business lost being basically unable to so much as receive a phone call for almost a week.

And I guess one of the techs we dispatched must have tracked in some dust. Two days after they got up and running, guess who pressure washed the MDF room again? Guess who, who hadn't been fired the first time? Probably with the same pressure washer, too. C'mon, guess. Double or nothing if you can guess who told him to.

I have more helldesk stories, but they're more depressing than amusing. Anyone who's ever worked a helldesk job already understands.

@UrbanMysticDee
Oof. The Lock Picking Lawyer confirms. Given that Master Lock products are made in China, it's not really surprising. They aren't any better made than their rockets. The Chinese government should call up Harbor Freight and ask for a refund.

Amateur-er Autist
@Anonymous #1DFF
In high school I had a classmate in Computer Hardware/Software that was disgusted at how dusty our computers were, and thought the best way to clean hers was to pour a full water bottle inside and shake out the water. She hadn't unplugged the power supply yet.

That's probably one of the reasons we hardly ever opened them up again.

>I have more helldesk stories, but they're more depressing than amusing.
If it's about stupid people making stupid decisions I am more than interested.
Posted 8 days ago Report
Link Quote Reply

@Anonymous #1DFF
If it's about stupid people making stupid decisions I am more than interested.


There was the tech who was fired for having had the bad luck to pick up the phone and get the call when a VP's teenage son called up and asked for help setting up a Playstation 2. A VP had flown in with his son for a meeting, and left him to his own devices to wander what was supposed to be a secure building using the "do you people know who I am?" card. Service contract was for network support for business related purposes. The little shit had already yanked a bunch of cables out of a patch panel to plug it in, damaging a number of them in the process and making all the network drops for about a quarter of the building stop working. Tech documented the vandalism he admitted to, said that wasn't in the support contract and we weren't authorized to do that, then put in a service ticket to dispatch a tech to fix it. This offended the teenager.

The teenager's actions, and the fact that he was allowed to access a secure facility, and do so unescorted and unsupervised, caused a scandal for his father. Our management, as you might expect showed what they were made of by blaming the guy who'd had the misfortune to be working that day and pick up the telephone for all of it, and sought to make an example of him. If you live in a "right to work" state, you probably already know they can do that.

They didn't want to pay for unemployment, so they cut his hours to part-time only, took away his medical insurance—he was an older guy and had medical problems—scheduled him to work alternating nights and days, forced him to pay his own travel expenses for "sensitivity training," and all the other clever things they are legally allowed to do when they want you to quit. He had a heart attack on the job after four months of this.

The moral of the story is that if you're in an environment surrounded by stupid people making stupid decisions for which they are rewarded and empowered, and you're getting blamed, punished, threatened, and held responsible for their actions, and constantly working overtime and getting verbally abused while you fix their messes… maybe the stupid decision that needs reconsideration is not getting a different job. I'd rather temp and work data-entry-monkey jobs for a dollar over minimum wage for the rest of my life than ever work the helldesk again.


Imagine a society where that's the norm and actually admitting to knowing anything about how anything works is "weird" and "creepy" and "abnormal" and results in marginalization and ostracization to the fringes of society. Imagine the Dunning-Kruger Effect, but on a civilizational scale. Imagine Idiocracy being a documentary. Imagine the Kipling poem "The Sons of Martha," but with the heroism replaced by low-paying, low-status drudgery for the benefit of belligerent, vulgar mouth-breathers who won't read the instructions. It's here. We're living it.
Posted 7 days ago Report
Link Quote Reply