Sunset is best girl
i'm surprised i didn't find a thread like this here yet so i guess i'll make one myself.

guess i'll start by saying infinity train is amazing is you all shouldwatch it.
Posted about a year ago Report
Link Quote Reply

Half Dragon, Half Meme
I like Dragon Booster.
Posted 10 months ago Report
Link Quote Reply

Ghibelline Omnipotens
Hanna-Barbera has been owned by Warner Bros. since 1991, and has been fully subsumed by Time Warner since 2001. Warner Media has used Hanna-Barbera properties for their periodic DC crossovers.

Aside from that, for some reason Warner hasn't used Hanna-Barbera's properties for much. They have such a rich cosmology rotting away in some vault, like they're Disney. It strikes me that they've never experimented with what they have. There's no short with Elmer Fudd butting heads with Ranger Smith and Yogi. Or Quick Draw McGraw and Yosemite Sam. It seems that Warner just bought out Hanna-Barbera to let the characters wither. 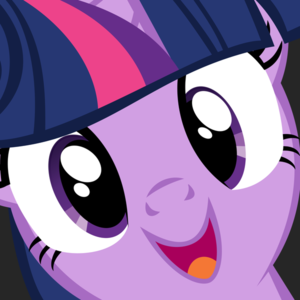 Posted 6 months ago Report
Link Quote Reply
Anonymous #2D7A
@ANoobis
It's true we're not going to be seeing much of things like this, but I'm not even mad.

ShadowBladePlatinum
Don't lose your way!
This month I watched DC Super Hero Girls, Glitch Techs, and Mad. Mad was tge cartoon from 11 years ago that was based on Mad Magazine after Mad TV ended in 2009, then lasted three years until 2013 to make room for Steven Universe. They had Tara Strong as Twilight Sparkle, Raven, and Bubbles in Mad.
Posted 5 months ago Report
Link Quote Reply

Ecto-Phase,Activate!
In the new X-Men cartoon, Alyson Court wants Jubilee to now be played by an Asian American voice actor. I've seen her original tweet, and it sounds a lot better in context. Here's what I wrote about the situation before I read it. It's still a frustrating situation.

It’s a racist trend. Casting based solely on race is racist.
There are times when a specific race or ethnicity is looked to for a part, because of common vocal qualities, that’s one thing. Recasting to match the character’s race or ethnicity implies race or ethnicity is more important than talent or the right person who fits the role.
Maybe Alyson Court thinks an Asian American has certain vocal qualities that will improve the performance, but more likely it’s just Twitter brainwashing people with it’s backwards progessiveness.
Storytime: Turok: Son of Stone was a movie based on a comic about two native American men who were trapped in a world of dinosaurs and strange primitive humans. From the start they wanted to cast actual Native American voice actors. A few major characters were also voiced by white and black actors, even though their characters were still native American. Their voices fit the characters, and race didn’t ultimately matter because it’s a voice and not a physical appearance.
The YouTube channel Spilling the Milk recently did a video on the Ghost Stories anime and assumed the voice of the cat was black. Turns out it was a white man who happened to have vocal qualities similar to a black man.
The thing that really irritates me is the long running shows that suddenly decide to recast based on race or ethnicity. Family Guy’s Mike Henry stepped down as Cleveland, and insisted they recast the character with a black voice actor. Okay. Is he going to go back and reloop all of the character’s dialogue from every old episode? What about The Cleveland Show? The Simpsons also did this, replacing their minority chatacter’s voice actors with voice actors matching their race. An article followed with the headline: “It’s Uncanny! I Couldn’t Tell the Difference!” Because it’s a VOICE, not a physical appearance.
Cree Summer said once that one of the freedoms of voice acting is there are no limits, you can be anyone, the black girl, the white girl, the white boy. If this trend continues it will only serve to water down the talent we hear in animation. Casting will be based solely on race, and people who are right for the part will be ignored, simply because of their race.
There’s an old story related to this, in the cartoon Super Dave, an Asian character was voiced by an Asian man. Viewers were shocked and offended at his stereotypically Japanese accented voice. It was a voice that wouldn’t sound out of place in a forties anti-Japanese cartoon. The voice actor went back and relooped his dialogue in a more charming cartoony voice. It turned out he was right for the part, just not the offensive voice he was able to do.

Half Dragon, Half Meme
Anyone know of High Guardian Spice? It's aids.
Posted 13 days ago Report
Link Quote Reply

Ghibelline Omnipotens
I liked Exosquad as a kid. It felt different from most other 90s fare.
Posted 11 days ago Report
Link Quote Reply

Ecto-Phase,Activate!
@ANoobis
I never saw it, but I read in a book about the making of X-Men that a bunch of the crew of X-Men worked on it. It was their attempt at an original concept. It was pretty good, I've heard.
Posted 11 days ago Report
Link Quote Reply

Ghibelline Omnipotens
@Dex Stewart
I watched that movie so many times as a kid. Back when the Disney channel had friday night movies, that one featured heavily in the rotation. It's so much better than the godawful live-action Hobbit films. It feels like a fantasy world that's completely alien to ours.

Rankin/Bass Smaug was so much better than the Cumberbatch one. He actually came across as a dangerous, ancient dragon. I have the same problem with live-action Smaug that I had with Medusa in the Wrath of the Titans remake. They both took a slow-paced scene that was full of tension and changed it into a silly Hanna-Barbera chase sequence.

Ecto-Phase,Activate!
@ANoobis
I liked the first live action Hobbit movie. After that one, though, they just got ridiculous.