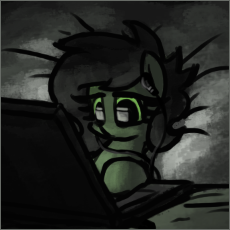 AlsoSprachOdin
@Amagan
Christ. No. I'm done trying to extract a god damn answer out of you.
Posted 1 months ago Report
Link Quote Reply
Amagan
@UrbanMysticDee
Pray tell what exactly are considered "victimless crimes" in this scenario? How about someone robbing a store, like in that video of a black guy walking into a Wallgreens with a bag and just taking stuff right off the shelves in broad daylight.

Would this "public security bureau" get involved with incidents like that and arrest the robber even though he wasn't using any physical force in his brazen robbery? Or would they simply allow that to occur because no physical force or threat of force was being used, and no one was being put at risk of harm so long as he was allowed to rob at his leisure?
Posted 1 months ago Report
Link Quote Reply

Bae > Bay
@Amagan
A victimless crime is something like prostitution, drug possession (there can still be public intoxication laws since that poses a risk to the safety of others), kids playing outside, kids being outside unsupervised, kids running a lemonade stand without a permit, pedestrians using the street as they had for thousands of years until the American auto industry bought enough politicians to rewrite the laws to prohibit them from using the street like they do in almost every other country on the planet, homeless people sleeping on park benches, file sharing, remixing music, using language politicians don't like, ordinary people trying to buy stocks like the game stonks incident, carrying a firearm, carrying a knife, possessing "scary" "contraband" weapons that idiots know nothing about but want to control anyway.

As for specific punishments of specific crimes like theft of things that actually exist (as opposed to duplicating information), I'm sure we could get away with an afternoon in the pillory or a public caning. If it's something serious like breaking and entering a person's home we could escalate to amputating limbs as punishment.
Posted 1 months ago Report
Link Quote Reply

I know NOTHING
Man, something just feels dark in the air after this ruling. Most of the time, either side, even with stuff like the Trump freakout and Trump's freakout after the election, is just cherry picking the actual violent actors when the vast majority are at most RPing or doing their own thing. I mean, when Alex Jones is out there telling folks not to break into the Capitol on Jan 6, then how can you say that "insurrectionist" are representative of the average overhyped Trump supporter? (not that I like the term insurrection, but just saying) I see way more liberals and lefties than I ever have actually flirting with violence in a way that feels different from BLM two years ago. Violence begets violence and for once I am worried of something worse.

@UrbanMysticDee
That is a outlier position compared to what was in the main opinion, which was trying to narrowly define it as just Roe v Wade only, but is still not insignificant that Clarence Thomas said that.
Posted 1 months ago Report
Link Quote Reply

AlsoSprachOdin
@UrbanMysticDee
>pedestrians using the street as they had for thousands of years until the American auto industry bought enough politicians to rewrite the laws to prohibit them from using the street like they do in almost every other country on the planet
What? Do you mind elaborating?
Posted 1 months ago Report
Link Quote Reply

I know NOTHING
@AlsoSprachOdin
First thought that comes to mind is stuff like this and Government intervention/lobbing favoring cars over anything to do with foot traffic.
Posted 1 months ago Report
Edited 1 months ago
Link Quote Reply

@AlsoSprachOdin
First thought that comes to mind is stuff like this


That's what the plot of Who Framed Roger Rabbit is based on.

People piss and moan without thinking.

I really in particular hate people. I really do. It's the same shit every time.

People in Europe, where the abortion laws are MORE RESTRICTIVE than in America have to complain about American states now being allowed to enforce LESS RESTRICTIVE laws than in Europe.

These people are full of absolute fucking shit.

98% of abortions happen after 20 weeks (the cut off in most of Europe, well before in most of the US). ALL these fucking retards are complaining about, like it's the end of the world, is 2%.

It's just like the horseshit about cops killing black people. I fucking HATE cops. I think they're the biggest criminal gang on the planet, made up of the schoolyard bullies who now get a license to kill from the state. But more black people drown in public swimming pools than unarmed black people killed by police. People are burning buildings down, making death threats, over fuck butt NOTHING.

And don't think this cuts in any particular direction, it doesn't, but no one will read this far. The people who think dead bodies with anecephaly or cyclopianism are "beautiful" and should be forced to trundle on for a few days before the heart gives out are celebrating some great moral victory that still permits 98% of abortions to continue (or in the more restrictive states 95%). What are they celebrating? Are they genuine anti-federalists who believe in the state's right over the federal government, or are they retarded and don't actually read what the law actually says like the people on the other side?

Posted 1 months ago Report
Link Quote Reply
Anonymous #D635
@Zaknel
Oh no. It's anything but. Valence and killings are justified when these clowns make threats.

AlsoSprachOdin
@UrbanMysticDee
>no one will read this far
Do I win a price?
Posted 1 months ago Report
Link Quote Reply

Posted 1 months ago Report
Link Quote Reply
Anonymous #D635
@UrbanMysticDee
Has he actually said anything or is this just the lamestream media making up more bullshit?

Either way loving the meltdown. Maybe some people will realize these lefties are batshit crazy.

Though at the same time it sucks some of the very few artists I enjoyed who avoid the BLM drama back in 2020 are now jumping onto the "Women's rights" shit.

Bae > Bay
@Amagan
We need to fight harder to permanently defeat the crybully feminazis.
Posted 1 months ago Report
Link Quote Reply
Anonymous #D635
@UrbanMysticDee
Easier said than done sadly. These armchair activists/crybullies are why I bailed out of the MLP fandom and most fandoms in general.

I'm just hoping while they kill off whatever they've infested like the parasites they are smaller/indie groups will build up some new stuff and gatekeep the psychos out.
Posted 1 months ago Report
Link Quote Reply