I know NOTHING
@Psy Key
>"treatment" section is about a paragraph long, and there's not a lot too it.
It's two paragraphs long, checkmate, you lose! Obviously joking here!

>, it's an entire SECTION of Wikipedia. If you think of Wikipedia as this storage center, all the other discrimination articles are akin to a few pages of paperwork in a box in one of the storage garages.
In all seriousness, I will have to look deeper into this. I would think, antisemitism having a dedicated section or not, racism and LGBT discrimination would still top or be equal in actual content devoted to it but I could be wrong. Honestly, could be fun to dive deep into Wikipedia on a off weekend.

> Then they go on to talk about 'new antisemitism'. which one of the prime examples they say is opposing the state of Israel. Meaning you're not allowed to criticize it
In this, we are in partial agreement. They often do try to equate criticism of Israel with antisemitism to a overly broad degree. Though I would say the same with opposition to Critical Race Theory being equated with racism and how all of idenity politics works nowadays. Not to mention legit criticism of US foreign and domestic policy being written off as anti-American. I see it as bad, but not quite as unique.

>Additional fun fact. If you type in Google 'Jewish Discrimination', it will autocomplete an addition at the end; 'Lawyers'. As if you need a specific type of lawyer for discrimination. As if this type of discrimination is somehow special.
I get the same with black, transgender and lesbian don't give it as a option and hispanic has it lower on the list, at least for me.

@Humble Oriathan
I mean, it is possible we might need a whitelist of those who didn't over a blacklist, at least for ultra large companies.
Posted 7 months ago Report
Edited 7 months ago
Link Quote Reply

i do wonder how lower is it compared to the rest, and if it goes by origin country rather than race as a whole

Assistant
Double-0 Negative
@Humble Oriathan
Small correction. For Walmart and CNBC it was the CFOs. You know: the people in charge of handling the company's money.
Posted 7 months ago Report
Link Quote Reply

The NY Times at least gets stuff right sometimes, I wasn't going to share a Washington Shitpost article.

The Supreme Court seemed poised on Wednesday to uphold a Mississippi law that bans abortions after 15 weeks of pregnancy, based on sometimes tense and heated questioning at a momentous argument in the most important abortion case in decades.

Such a ruling would be flatly at odds with what the court has said was the central holding of Roe v. Wade, the 1973 decision that established a constitutional right to abortion and prohibited states from banning the procedure before fetal viability, or around 23 weeks.

But the court’s six-member conservative majority seemed divided about whether to stop at 15 weeks, for now at least, or whether to overrule Roe entirely, allowing states to ban abortions at any time or entirely.

Chief Justice John G. Roberts Jr. was the leading voice on the right for a narrow decision. “The thing that is at issue before us today is 15 weeks,” he said.

Justice Breyer quoted from Planned Parenthood v. Casey, the 1992 decision that reaffirmed what it called Roe’s core holding, the one prohibiting states from banning abortions before fetal viability: “To overrule under fire in the absence of the most compelling reason to re-examine a watershed decision would subvert the court’s legitimacy beyond any serious question.”

That's EXACTLY what they did with the gay marriage thing, though. The first ruling said "The federal government cannot dictate to the states whether they can or cannot have gay marriage." Then the issue was kicked to the states and they all outlawed it, even far left Commifornia. Then gay judges overturned the plebiscites that won with veto-proof majorities in every state based on personal opinion and not legal precedent, as several admitted in their rulings, and leftoids giggled and clapped "Yay! The people have spoken!" (actual quote). Then when 30 states had their plebiscites overruled by gay judges it was kicked back to SCOTUS and they then ruled "The states cannot decide whether they can or cannot have gay marriage, only the federal government can, and we say it's legal. YOLO SWAG! LOL!"

The first ruling was it's a state's rights decision, the second ruling was it's a federal decision. According to ruling 2 the first ruling had no legal grounding and DOMA was legitimate. They built all this on a blatant contradiction and no one but Andrew Jackson could have done anything to stop them. (Andrew "Action" Jackson was the only president to stand up to the dictators in black robes; when the court said Jackson couldn't do something he said "I've got the army, you don't, you can't stop me.")
Posted 7 months ago Report
Link Quote Reply
Anonymous #37E1
Much as I despise Anti-lifers (you can only hear them gloat about murdering babies so much before realizing they just do it because they love it), significantly abolishing abortion would be a huge own-goal for conservatives.
Even banning abortions over 15 weeks would cause a lot more births of late-discovered defects and, worse, minorities so dumb it takes them 4 months to realize they're pregnant.
Posted 7 months ago Report
Link Quote Reply

@IvanSatoru
>BAN ABORTIONS
>what do you mean after-birth support, you're not getting my money, ever
>Oh and God will totally provide
>what do you mean "God put the responsibility of providing on its followers like you"?

Angle-Considerer
@Barhandar
>after-birth support
Whoops! Looks like we got some spring cleaning to do right after banning abortion

@IvanSatoru
i mean, thing is that banning abortions will lead to illegal abortions wich, yknow, can cause permanent damage or death, specially in the clandestine areas
Posted 7 months ago Report
Link Quote Reply

@IvanSatoru
>after
100% guarantee on the support not materializing, ever.
Posted 7 months ago Report
Link Quote Reply
Anonymous #372F
@Barhandar
>>what do you mean "God put the responsibility of providing on its followers like you"?
God I wish more Christians could get this through their thick heads. YOU ARE PART OF THE TOOLSET. Miracles did not, and will not, happen for everything.
Posted 7 months ago Report
Link Quote Reply 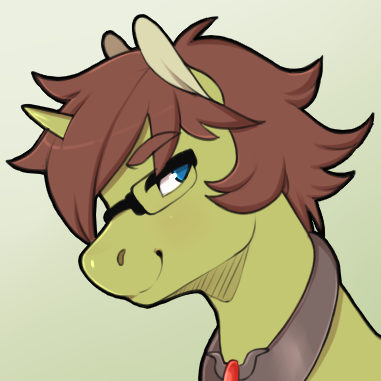 Was this gun manufactured by the same people who made that SUV that all of a sudden decided to drive itself in a crowd of white people while a black radical who wanted to kill white people was sitting behind the wheel?
Posted 7 months ago Report
Link Quote Reply
Anonymous #0847
@UrbanMysticDee
Now I think he should be in jail for a dipshit move like that.
Posted 7 months ago Report
Link Quote Reply

Cocky Scamp
@UrbanMysticDee
My grandpa is religious and his friend went to South Africa on missionary work. One story I remember well is how one of the church members there was confessing how the devil possessed him and made him steal bikes and alcohol from the store.

Morons and the less human will make up anything to not be guilty.
Posted 7 months ago Report
Link Quote Reply
Anonymous #37E1
@UrbanMysticDee
In fairness there are old single action revolvers that will fire if you drop them, shake them too hard, or encounter a slight breeze, sometimes even if you had the hammer down.
Gun design has come a long way in the last hundred and fifty years, and a C&R revolver floating around cowboy sets could have been designed by the same people who brought us mercury supplements and ungrounded electrical systems.

Also in fairness, this is why people are extra careful to obey all the rules of firearm safety around old guns; when there are so many more ways things can go wrong unexpectedly, the multiple layers of safety are even more important. And even if it wasn't his finger on the trigger, it was still his gun and his bullet.
Posted 7 months ago Report
Edited 7 months ago
Link Quote Reply

Also, fun fact, most militaries before the 1970's saw no reason to have a safety for any of their guns, and thus never included the concept in their commissions. It was up to manufacturers to actually include them. Militaries would hardly ever use them, because safeties aren't really necessary for wartime. This was, in all seriousness, seen as a needless cost. An extra mechanism that would, usually, go unused.

Safeties have been in most civilian-grade guns for quite some time, and are so numerous in the different ways that they work that it really comes down to the gun you're using rather than the type of safety. For example, the Germans were big fans of trigger cams, since there was physically no way the trigger could actuate the action if it can't complete the full trigger motion. Not only was this easy to make, but it was also cheap, effective, and the Germans were one of the few militaries to, early on, see the benefit of a gun safety.

The English, on the other hand, had really poor judgment when it came to some designs. They opted for ways to prevent the trigger from being accessed, and the Russians would also borrow this design before, later on, opting for what became a major standard, which was the bolt lock. Some bolt locks even prevent the firing pin from extending.

The English, on the other hand, had really poor judgment when it came to some designs.

Like they've had, and still have poor judgement with 99% of their military gear?
I still can't get over how L85A1 has a mean shots before jam of 69 (guns not made by incompetent asshanded tards tend to have it in the thousands).
Posted 7 months ago Report
Link Quote Reply

Assistant
Double-0 Negative
@Barhandar
Hardly surprising. All the ones who knew jack shit about guns got massacred about a century ago.
Posted 7 months ago Report
Link Quote Reply
Anonymous #0847

@Anonymous #0847
uh, what? Is that a real article?
Posted 7 months ago Report
Link Quote Reply